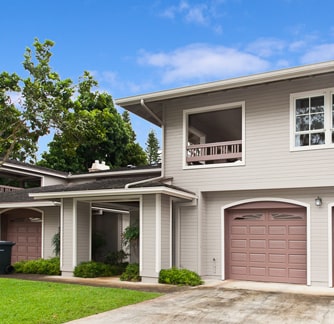 As a full service residential Oahu property management company on Oahu, our team is responsible for taking care of all aspects of managing your rental(s). We offer a full range of property management services tailored to you as an investor, homeowner, or landlord and have an extensive portfolio of single family homes, townhouses and condos on Oahu in the Honolulu, Aiea, Pearl City, Mililani, Kapolei, Ko Olina and Kaneohe areas.

As your Residential Oahu Property Manager

Oahu is a U.S. island in the Central Pacific, part of the Hawaiian island chain and home to the state capital, Honolulu. Highlights of the city include historic Chinatown and the Punchbowl, a crater-turned-cemetery. Waikiki is an iconic beach, dining and nightlife area. West of Honolulu is Pearl Harbor, site of the WWII's 1941 bombing attack and home to the USS Arizona Memorial.

The island was home to 953,207 people in 2010 (approximately 72% of the population of the state, with approximately 81% of those living in or near the Honolulu urban area).[3] Oʻahu has for a long time been known as the "Gathering Place". The term Oʻahu has no confirmed meaning in Hawaiʻian, other than that of the place itself.[4] Ancient Hawaiian tradition attributes the name's origin in the legend of Hawaiʻiloa, the Polynesian navigator credited with discovery of the Hawaiian Islands. The story relates that he named the island after his daughter.

Residents of Oʻahu refer to themselves as "locals" (as done throughout Hawaiʻi), no matter their ancestry.

The city of Honolulu—largest city, state capital, and main deepwater marine port for the State of Hawaiʻi—is located here. As a jurisdictional unit, the entire island of Oʻahu is in the Honolulu County, although as a place name, Honolulu occupies only a portion of the southeast end of the island.